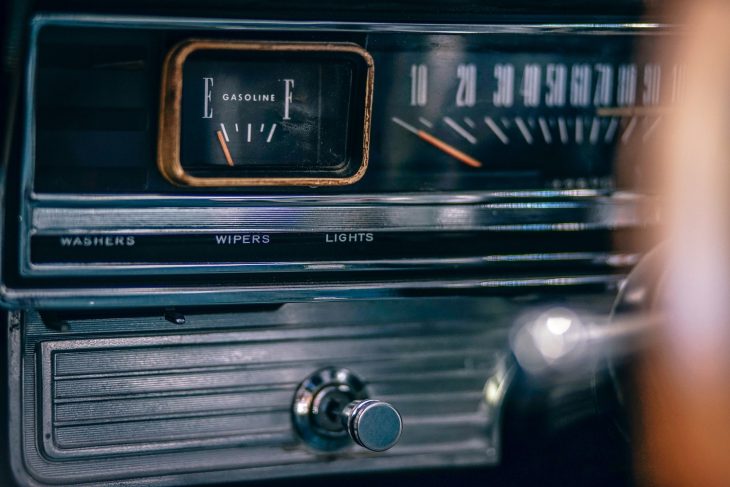 Over the weekend, I was visiting Denver and rented a car through Firefly.  When I picked up my car at Denver International Airport, I was offered the option of prepaying for my fuel, which would allow me to return my car with an empty tank.  I declined, indicating that I was unsure how much I would be driving, and I didn’t feel that it would be worth paying for a full tank of gas.  The associate noted the choice, advised me to return the tank full, and specifically assured me that the vehicle’s tank was full at the time of rental.

It never crossed my mind to check the fuel gauge upon entering my vehicle, especially after hearing a verbal confirmation.  Out of the countless times I’ve rented a car throughout the country, the tank has always been full.  Sure enough, after pulling out of the airport and onto the freeway, the gas light came on, and I was nearing empty.  I called customer service and spoke with an agent in a remote corporate office, who advised me that she would make a note on my file.  I immediately filled the tank at the nearest location, and topped it off again at the end of the weekend (I only actually used about a 1/4th of a tank during my trip).

I returned the car at 9:45 PM on Saturday night, just 15 minutes before the Firefly office was scheduled to close.  One staff member was present, and two parties were in front of me returning their vehicles.  After waiting for approximately 10 minutes, I was greeted by the associate and began the rental car return.  When the associate confirmed the credit card on file, I mentioned to him that there was a matter that needed to be taken care of first.  I handed him my rental car agreement, and placed two fuel receipts on the counter.  I noted that one receipt equated the amount of a full tank, and the timestamp was just 31 minutes after the rental car agreement was printed.  I requested to be refunded for that tank of gas.

The associate looked at the rental agreement and both receipts, and then did not do any of the following:

Rather, he did this:

WOW!  Not only was this employee proficient in taking care of a customer’s needs, he did it so efficiently that I didn’t even time to think if I should be frustrated or not.  It took about 5 seconds.  And it guaranteed that I’ll be renting with Firefly again.