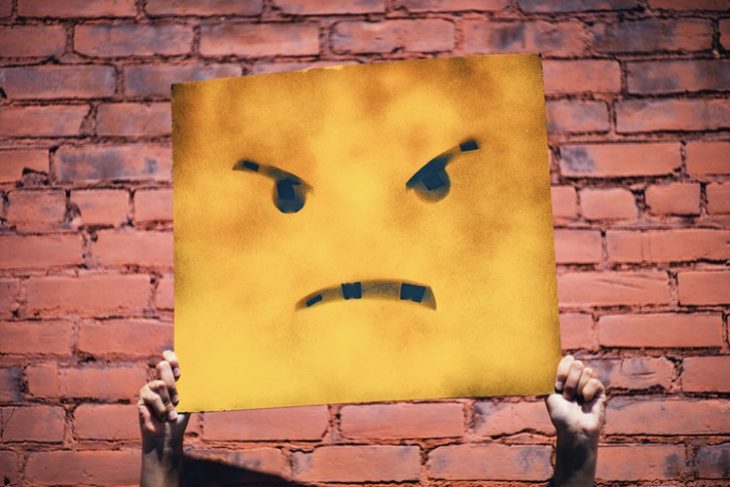 In all areas of business, particularly in hospitality, we come across the frequent occurrence of the service failure. When the reality did not meet the expectation set in place for the guest, the guest feels dissatisfied with their experience, and, if we’re lucky, they will speak up and complain. When they complain, they give us the opportunity to right the wrong, and to create a better experience for future guests. As a part of the rectification process, we engage in an apology that is intended to demonstrate our empathy and begin the process of making things better. There are ways to apologize that make us sound strong, and there are ways to apologize that weaken our defense and limit the ultimate success of the service recovery process.

For example, one of my least favorite words is the word “unfortunately.” Saying the word unfortunately sounds like you are apologizing for something that could easily be fixed, but for whatever reason, isn’t. It is as if you are apologizing for a policy or indicating that you are being prevented from carrying out a specific action. If a guest service agent says, “I’m sorry, but unfortunately, I cannot give you a refund,” it comes across as, “I would give you a refund if I could, but a) I don’t want to, or b) the system does not allow it.” It indicates an extreme lack of confidence in the individual who is delivering the message to the guest.

The best replacement is to simply eliminate the word “unfortunately” from your vocabulary completely. This does not mean to not apologize, but to be confident in your deliverance of bad news. Remember to always explain why the bad news is being delivered and immediately lead into an alternative. “Although I cannot give you a refund because of X, what I can do is Y.” This service recovery phrase does two helpful things: 1) the individual is not apologizing for the company’s no-refund policy, and 2) it simultaneously provides a solution to the issue.

Beyond the word “unfortunately,” there are many other ways for an apology to weaken your guest service defense force. The main component of an apology is what actually forms the basis for it. Specifically, what is the reason that you are apologizing? Or, do you even know, or is it simply a reflex action? What I have learned is to never issue an apology for what has actually occurred, but instead, apologize for the implications. Apologizing for what occurred does two unhelpful things: 1) it accepts liability, which in some situations could be a very dangerous move, and 2) it also accepts defeat.

Here is one example for how not to issue an apology:

“I am so sorry that you broke your arm when you tripped and fell during your visit.” This is a reflex apology, one that may express a little empathy, but truly, only offers an acknowledgement of what occurred. In addition, that apology may return as claiming fault if the guest chooses to pursue legal action. “I am so sorry.” This statement accepts defeat, because you cannot even identify the basis of your apology, and is clearly a reflex action. Think about how each of these will come across to a guest:

Instead of apologizing for what occurred, tailor your apology so that you express genuine regret for the implications that it may have caused, not the actual event. Take a higher-level approach to your apology, and eliminate the components of the issue that would result in acceptance of liability or defeat. Communicate your apology so that you still come out ahead. With the above statements still fresh, think now of the effects that will result from the following:

See what I did there? I held my head high and successfully assured the guest that not everyone experiences this same service failure, and I am allowing them to understand that their situation is unique. Even if it is the 100th time I’ve heard this complaint in the last month, each of the above apologies makes it brand new, giving the guest the understanding that their experience is not a typical occurrence. If a guest is complaining, for example, about undercooked meat, apologizing for the meat being undercooked can potentially accept liability – however, assuring the guest that what they have described (which may be dangerously undercooked meat) does not meet company standards, you accept no responsibility for the health hazard and you strengthen the integrity of your standards.

Notice that none of the latter four apologies actually even indicate that anything ever went wrong. All we are doing is we are acknowledging the guest’s perception of what occurred, and are expressing regret and empathy. The guest’s complaint is not devalued, because at no point do we ever discredit what they are saying, although if they have a complaint, and we have standards, then their complaint is because that aspect of their visit fell below our standards, at least that is what they are telling us. And we are simply letting them know that what they are telling us is not how we want for things to go. We are apologizing purely and solely because their perception of the reality did not meet the expectation that has been set for them. We may not know the actual reality of the situation, but we can at least validate their perception.

By apologizing for the implication of what occurred, we kill two birds with one stone, as we express a genuine apology to the guest, and we strengthen our own standards by acknowledging that they may not have been met. This puts us in a much better situation to move into resolving the actual complaint.