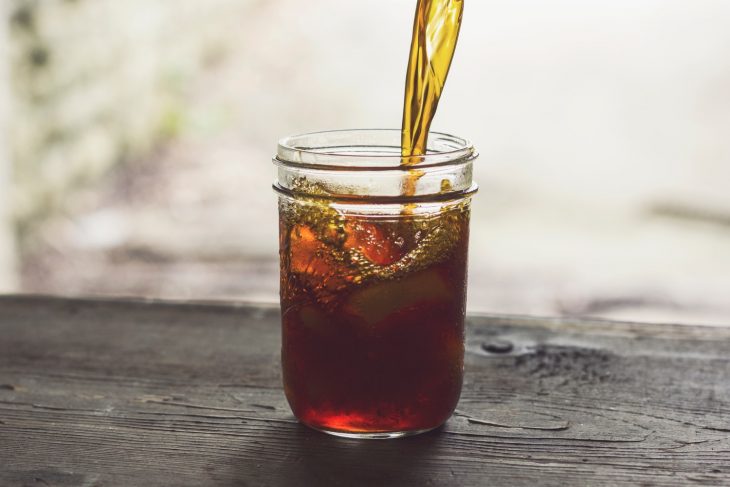 There is a chain of fast-casual restaurants that I have been patronizing quite frequently. In addition to the fact that there is an abundance of locations within a close proximity of where I live, I am always impressed by their attention to a high quality product, and efficient service. I can sit for hours and take advantage of their strong Wi-Fi signal, along with free refills on coffee or soft drinks.

I am an active member of their loyalty program, with the card properly affixed to my keychain, and while I could easily question whether I am loyal to the business or just to the loyalty program, that is not the purpose of this post. Their service is regularly seen to be kept to a high standard, and I am usually recognized as a returning customer. One common trend that I see among the staff is their uniformity and how consistent the order-taking process is, which contributes highly to their efficiency.

One of the core concepts that we regularly stress in hospitality is that of anticipation of needs. How well is the staff identifying “unexpressed wishes” and making suggestions and recommendations accordingly? It has become apparent that having a script that the staff must follow in order to correctly process an order eliminates the personal touch of being able to anticipate needs, not because the staff is unable to, but because the scripted verbiage promotes a robotic work environment. But once again, this is still not the purpose of this post. The experience that I encountered was not the staff failing to anticipate what I did need, but rather what I didn’t need.

Last week, I walked into one of their establishments at 11:00 AM. It was too early for lunch, but I had work to do, and I had my computer with me. So I went to the register, purchased a cold beverage cup, filled it with iced tea, and took advantage of their free Wi-Fi for a couple hours. At around 1:00 PM, I decided I wanted to get a sandwich to go, so I got up, refilled my iced tea, and approached the register. My full beverage was in my hand.

After waiting for about a minute, I was greeted by a different staff member from whom I made my initial purchase two hours prior, and therefore was obviously not recognized from my earlier interaction. I placed my order, and was walked through the scripted formula, where I was initially asked if my order would be eaten in or taken to go, and was then asked if wanted a beverage.

I declined, with a puzzled look on my face, then immediately took a sip of the iced tea I was holding directly in front of her.

The girl repeated the order by muttering it under her breath, and I could tell pretty clearly that she was not 100% focused. She reiterated the order and confirmed that it would be to go, and then said, “Did you say that you did or didn’t want a drink?”

I declined, and immediately took another sip of the iced tea I was holding directly in front of her.

She then asked if I had my membership card with me. I affirmed, and promptly retrieved my keychain and handed her the card so she could swipe it through the register. Upon swiping, she determined that I was eligible for a reward. I was informed that I was entitled to a complimentary beverage, which would expire in about a month and a half.

“Okay, great.” I replied, thinking that I’ll surely return within that timeframe.

I was then specifically asked if I wanted a coffee, soda, or tea, so that I could redeem the reward immediately. It was at that time that I politely reminded the staff member that I already had a beverage, one that was in my hand throughout the entire time I was ordering, in a cup with this restaurant’s logo prominently printed on it. The drink was still full, minus the couple of sips that I took to demonstrate that I was not in the market for a beverage.

After this experience, I started thinking about how I perceive anticipation of needs, which I define as a combination of common sense and proficiency. The staff member was proficient with the verbiage that she had been instructed to use while taking a guest’s order, although common sense would have resulted in her identifying that I had a full drink, specifically from this establishment, in my hand, before it was ever offered to begin with, acknowledging that this particular upsell was not suitable for this transaction.

Normally, I like to define anticipation of needs as answering the question, “What is the guest not asking?” In this case, however, it was the opposite. The staff member should have asked, “What am I asking that I don’t need to?” Had she done that, I would not have been offered an item on multiple occasions that I did not need.

How do you ensure that you are anticipating what guests don’t need?