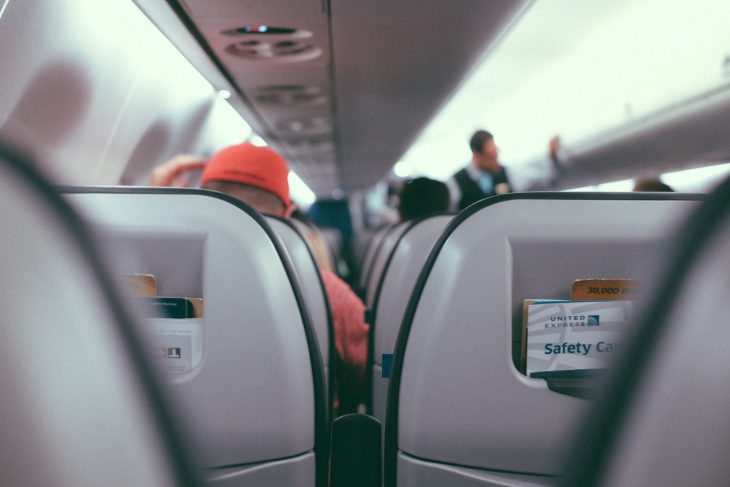 This article is being crafted from 30,000 feet up, somewhere between Chicago and New York City on a United flight.  I’m heading to New York for a family wedding, and this morning I encountered the one thing that no one wants to experience on any trip, especially when traveling to a time-sensitive event: a flight delay.

An 11am flight was supposed to begin boarding at 10:20.  At around 10:25am, while everyone was properly in a single file line within each of their assigned groups, the gate agent casually mentioned that they would hold boarding until a mechanical issue was resolved.  Okay, no big deal, hopefully it’ll be signed off soon.  About 20 minutes later, she then made another announcement, advising that they would not know further information until 12:30pm.  Great.  We need to wait another hour and 45 minutes to find out if this flight will still be happening.

I made my way to the gate, and inquired with the gate agent if there was another flight available, or possibly to another one of New York’s airports.  Behind me, several passengers were becoming frustrated: people who needed to get home who wouldn’t be, and people who needed to get to New York who were unsure when that would be happening.  Worsening the situation, the announcements were only played in the immediate gate area, so anyone who may have been just out of the gate area at that time were unaware of what was occurring – that lack of awareness only heightened their frustration.

I was placed on standby for a flight to Newark, NJ, which was not the ideal situation, but was acceptable.  I was advised to proceed to that flight’s gate to confirm my seat, as the gate agent’s ability to rebook me had become restricted.  When arriving at the next gate, I waited behind a few other patient yet agitated passengers, and was served within 5 minutes.  This new gate agent took a few minutes to determine my luggage needs, check if seats were available, and where I could be seated if confirmed on this flight.  In an efficient manner, he was able to confirm a seat for me, and better yet, was able to accommodate the exit row, which I was confirmed in for my previous flight.  I recognize that not everyone had the same fortune I did; I can certainly say that I was luckier than most.

However, this flight was also delayed, as it was scheduled to leave 4 hours prior.  Needless to say, other passengers in the area also started to show their frustration, similar to what I observed at the previous gate.  However, there were a few things that I noticed with these two gate agents that showed their preparedness:

The biggest thing I noticed, though, was that while a few passengers were notably agitated, the overall vibe in each of the gate areas was relatively mellow.  I credit the gate agents for controlling this situation.  And when the agents replied back to those passengers who were not mellow, their attitudes shifted as well, and started to calm, even before any recovery actions were taken.

Lesson learned: your attitude when seeking to resolve a service failure is just as important as the recovery itself.  Perhaps even more important.  Your behavior and communication style will determine how quickly, effectively, and agreeably the situation will be resolved.  Thank you United for handling the situation so professionally!