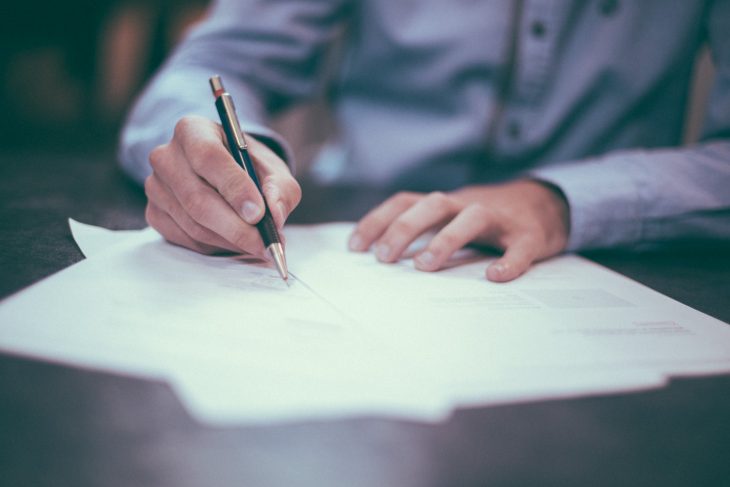 Complaint resolution and service recovery aren’t just about what you’re giving the guest, but also how you’re delivering it to them.  The most effective method for communicating service recovery is the LAST model (plus one bonus step!).  Recently I was invited as Shep Hyken’s guest on Amazing Business Radio on the C-Suite Network to discuss the most effective ways to recover from a service failure.  I highly recommend you listen to the podcast!  In the meantime, here is an overview of the most proven way to recover from even the most complex service failures.

Listen.  Listening does not simply involve having a couple of ears that process noises into comprehendible sounds.  It’s more complex than that, it involves not only hearing, but offering an impression that you are attempting to understand, and regurgitating what you have understood so that the guest knows that they have made themselves clear and the thought has been effectively communicated.  Listening involves undivided attention, and validating the guest’s concern, even if you may not fully agree with it.

Reiterate what you have understood.  Always have a pen and pad of paper next to you, whether on the phone or in person, and take notes when speaking to the guest.  They don’t have to be long, drawn out notes so that you can repeat verbatim what you just heard, but rather a few words segmented into bullet points that would divide the concerns into separated components.  Then, when allowed a turn to speak, ask if you can clarify the concerns and then repeat back the bullet points of the high level conceptual understanding of the situation.  With those short bullet points, enough information has been gathered, even if the guest gave you a lot of fluff through which to sift.

Thank.  This is the step I have added, which is to thank the guest prior to moving any further.  Don’t even apologize yet.  Reiterate to the guest that the service failure that they experienced may have been experienced by other guests too; every guest that complains might be the voice of 10-15 others as well who won’t spend the time communicating it to you.  The reason for this step further stresses how importance guest feedback is when making improvements to the business, and that while the guest may be frustrated, that they are helping the business succeed.

When thanking the guest for offering feedback, you can’t sound like you just hit the play button on your “I’m being receptive to your complaint” audio track.  It must be with a sincere and genuine tone that you are expressing your gratitude.  Thank the guest immediately when you are aware of their concerns; it can even be before you repeat back what you have understood.  Thank them for taking the time out of their otherwise busy day to do something that most guests do not.  And let them know right off the bat that their concerns will be utilized to take corrective action.  Then, let them know that you genuinely appreciate the opportunity for you to rectify the situation, and that you are happy to continue to assist in their concerns.

This is where the wall usually comes tumbling down.  By thanking them for complaining, you’ve effectively thrown them off guard.  No one expects to be thanked for delivering bad news.  When you thank them, you begin to repair the relationship and makes the next three steps fall into place much easier.

Apologize.  Another reason why I added the Thank step in between Listen and Apologize is because delivering an apology can seem like more of a reflex action, rather than a true expression of regret.  While it may be polite and proper, it has become more of an expectation that it will occur.  That is why thanking the guest prior to issuing an apology establishes sincerity, makes the guest less heated and more susceptible to service recovery, puts us in the driver’s seat, and allows us to continue managing the recovery experience.

The main component of an apology is what forms the basis of the apology.  Specifically, for what are you apologizing?  Or, do you even know, or is it simply a reflex action?  What I have learned, as a matter of fact, is to never issue an apology for what occurred.  Apologizing for what occurred does two things.  One, it accepts liability, which in some situations could be a very dangerous move.  And two, it accepts defeat.  “I am so sorry that you broke your arm when you tripped and fell during your visit.”  This is a reflex apology, one that may express a little empathy, but truly, only offers a micro acknowledgement of what occurred.  In addition, that apology may return as claiming fault if the guest opts to pursue legal action.  “I am so sorry.”  This statement accepts defeat, because you cannot even identify the basis of your apology.

The guest’s complaint is not devalued, because at no point do you ever discredit what they are saying, although if they have a complaint, and you have standards, then their complaint is because that aspect of their visit fell below your standards.  You are simply letting them know that what they are telling you is not how you want for things to go.  You are apologizing purely and solely because their perception of the reality did not meet the expectation that has been set for them.

Solve.  This is the actual resolution that occurs as a result of the service recovery.  Effective solutions occur when the staff is equipped with the proper tools and methods for compensating for service failures.  If you recover from service failures effectively, the guest becomes satisfied.  If your recovery is moderate, the guest is still not fully satisfied, and if your recovery is ineffective, then the guest is still dissatisfied and the recovery needs to be analyzed in greater detail.

The most effective service recovery does the following:

Thank.  At this stage in the process of satisfying a complaining guest, we have already succeeded in our mission and we have converted dissatisfaction into satisfaction through the use of service recovery.  This last step is simply the follow through, but just as vital as any other step in the LTAST model.

Earlier we thanked the guest for taking the time to offer their feedback, and for the opportunity for being able to do what we were about to do.  Then, after apologizing for the implications that may have arisen, we solved their situation.  Now, before we set them free, we thank them again for the opportunity to do what was just done.  Thank the guest for allowing you to rectify their situation so that it would be resolved in a satisfactory manner.  If you hadn’t been aware of their issue, countless other guests may have experienced the same service failure and you wouldn’t have the opportunity to fix it.

This leads into the next reason for thanking the guest.  Reiterate to the guest that you are grateful that they brought the issue to your attention, and that their feedback is immensely appreciated.  Explain the process to the guest how documented feedback travels its way through the organization and changes are made by what guests indicate that they like and don’t like, want and don’t want, and so on.  Make the guest feel valued that they complained not just because their own issue was resolved, but that they have left a lasting impact on the business as a whole.

If you want to read more about complaint resolution and service recovery, be sure to check out the Service Recovery section of the site.  It is updated regularly with fresh content!