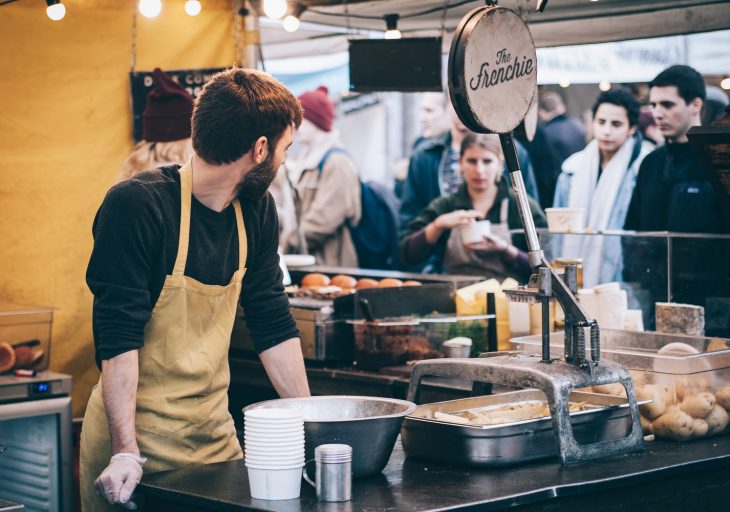 A few weeks ago I was working with a client and got to speaking with one of the long term (30+ years) employees.  He told me a story about a meeting he had with the company owner back in his first year.  Here is what he said:

“Back then, it was almost unheard of for someone who had only been with the company for a short time to be in a meeting with the owner.  But, there I was.

I was nervous, and didn’t want to say or do the wrong thing. About 1/2 way through the meeting, the owner’s secretary comes into the room and hands me a note.

The owner could tell something was wrong by the look on my face, so he asked to see the note.

I handed it to him and then he asked me, “What are you waiting for? We can do this meeting another time. Get out of here.”

The note said that my son had broken his arm at school and that he and my wife were on their way to the hospital.  Being new, and not wanting to screw up, I was conflicted with what I should do.  This meeting was a big deal, at least in my mind.

But the owner saw it differently.  He knew that family came first, and more importantly, not to make people choose between family and the company.

From that day on, my loyalty has been pledged to this organization.”

So often we hear managers complain about the lack of loyalty they see from their employees.  If this story is any indication, it’s likely because the managers haven’t shownany loyalty or caring to their employees first… they haven’t made the first investment in the relationship.

Like respect and trust, loyalty is not given – it’s earned.  You don’t get to complain about someone not being loyal to you if you have not shown them that you are worthy of being loyal to.  And as a leader, you HAVE to take the first step.

As we saw above, sometimes that comes from encouraging an employee to put other interests above work.  Eeeek, I know!!

Let’s say Johnny has to leave work early to go to football camp.  What if, instead of complaining about it, you actually encouraged him?  Ask him how long he’s been playing football… what position does he play?  Does he have a favorite team?  Show some interest in what he is interested in.

This shows that you value him as a person, not just as an employee.  Value builds trust, trust builds respect, and respect builds loyalty.  And loyal employees come back to help out when they can.  Maybe Johnny’s practices interfere with the park’s schedule in August, but in September and October, when he is free on Sunday, he will be more likely to come back to work for the person who made him feel good about pursuing his passion rather than the person who made him feel bad because he wouldn’t be there to make funnel cakes.

I think this gives additional perspective to the reality that people don’t leave companies, they leave leaders.  This also means that they stay, or come back, because of the leaders who understand that giving loyalty first is the only way to earn it.