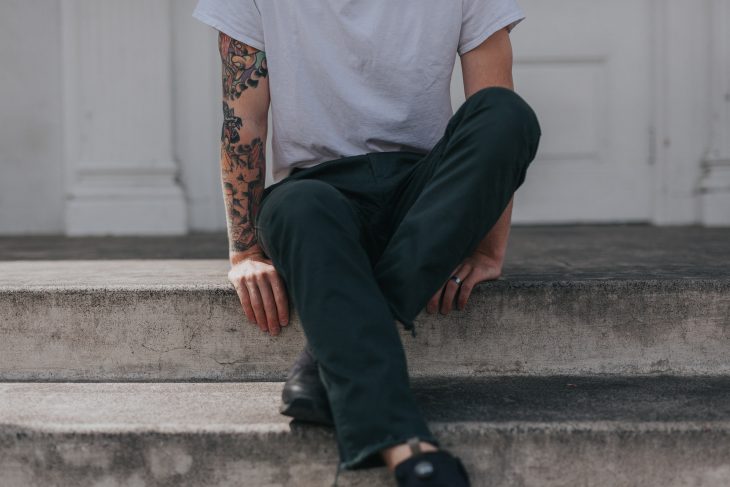 What do you notice about Omar?

What I noticed first was his mask. Clearly this ad was created in the last few months to show current safety procedures. Cool.

But what I also noticed was Omar’s tats and earlobe plugs (I think that’s what they are called). Why did this catch my eye?

Because for decades of working the in attractions industry, visible tats and ear piercings (on guys specifically) were not allowed. Now here is Fresh Market showing an employee with both IN AN AD!

Why is this GOOD and IMPORTANT? It’s good because like many of you, Fresh Market has embraced recent personal appearance trends to increase, and in many cases improve, their pool of qualified applicants. It’s important because in this ad they are not just selling a salad (or whatever is in the plastic container), they are also selling the idea of an employee expressing themselves while also providing great service. Yes, it can be done.

After seeing this ad, I looked at some websites from around our industry (yes, yours) and I found something interesting. I saw lots of smiling faces in perfect dress code, as you would expect. I found diversity of gender and ethnic decent. But I didn’t see any tattoos, yet I know a lot of you allow them in your workforce. It sounds like a small thing, but what does this say to a potential employee?

If they don’t see someone like themselves, it might be hard for them to imagine working for you. Isn’t that why we show different genders and ethnic backgrounds? Should tats be any different?

In some ways, it feels like we have come full circle from when Walt Disney started enforcing the boy-and-girl-next-door appearance standards in 1955. Well, it’s not 1955 anymore and it’s likely that the folks next door (including the parents) have more ink than Walt would have tolerated back in the day.

So if you would hire Omar, tats and all, would you also put him front and center in an ad campaign? Would it be his smiling face that not only sells the salad, but your jobs as well? Food for thought.