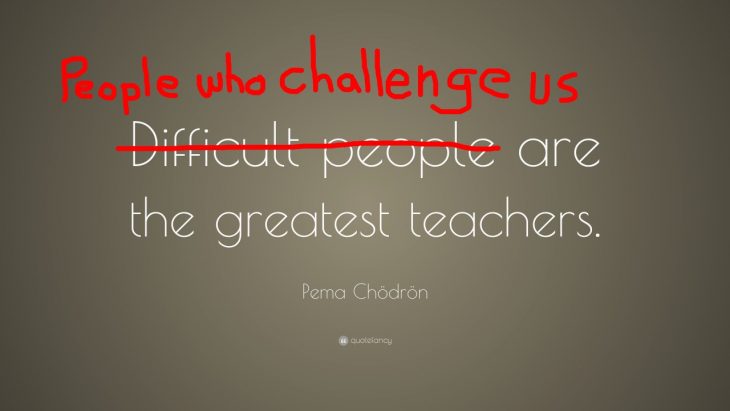 Most of you know that I despise the term Millennial. I’m also starting to REALLY dislike the term “Karen” – and mostly for the same reasons.

Both terms are stereotypical, inaccurate and degrading. (PS – I don’t like any of the other generational labels, either).

Another phrase that is gaining on Karen and Millennial in my mind is “difficult people”. Again, for largely the same reasons.

Think about it. When you have an interaction with someone known to be a “difficult person”, doesn’t your demeanor and delivery change? Don’t you brace yourself for the worst case scenario, and doesn’t that impede your ability to be open minded and compassionate? And why? Because we already think they are going to be difficult – even if that isn’t truly the case.

I know what you’re going to say. “But Matt, they are so hard to deal with! Why can’t they just get along?”

Well, let’s look at that.

What makes some people so “difficult”? Is it because they don’t easily fall in line? Maybe they question your decisions? Or could it be that they are persistent and won’t take no for an answer?

And before you say, “but I’ve tried!”. Try again. Leadership isn’t about trying something once (or 50 times) and giving up if it doesn’t work. Something still isn’t lining up. You don’t really understand where they are coming from and you likely haven’t adequately explained where you are coming from.

Maybe they have a different perspective or outlook? Before we label people as difficult or hard to deal with, let’s put ourselves in their shoes. What experiences have gotten them to where they are? How has THEIR view of reality developed?

Now, are there people who are sometimes difficult just to be difficult? It can sure feel like it. But I would bet that if you really pulled back the layers and got to know who they are, there is actually an origin story that you weren’t aware of.

If you think I am advising us not to label people as Millennials or Karens, you’re right. And we definitely shouldn’t be labeling them as difficult.

What to call them, then? How about their name? Or how about guest or customer, client or partner – anything but difficult. Because as soon as you label them difficult in your mind, you’ve already decided how you have to interact with them.

How am I applying this?

I used to teach a course called “Difficult Conversations”. As you can imagine, the material centered around how to lead important conversations with often less-then-agreeable people. The problem? Calling them “difficult” created a block for some people regarding the conversation recipients as well as the process. So I changed the name of the course to “Strategic Conversations” and now approach the conversations from a more intentional and proactive position. This also reminds people that these conversations are critical to achieving the strategic goals of the organization. Win – win!

How can YOU apply this?

A word about people who complain (Karens, if you must). If you listen to Josh Liebman (and you should), you will know that people who complain are actually trying to remain your guest. If they didn’t care, they would just leave. In addition, if someone has a complaint successfully resolved, they are likely to be even MORE LOYAL than if they never had anything to complain about. That’s why Karens should be embraced, not vilified.