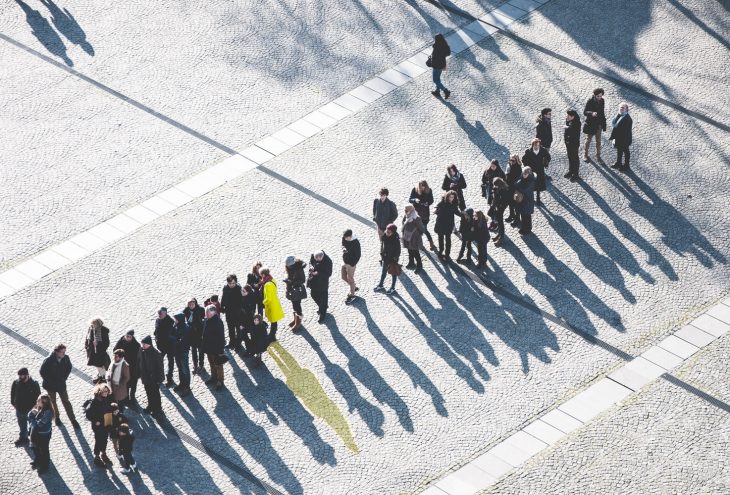 Last week I had an experience that well, let’s just say it frustrated me. After I got through my moment of frustration I was overwhelmed with confusion. Then, that confusion led me to inspiration… to write this post.

I’m going to be as vague as possible, because frankly, I actually really like this business to which I am about to refer. This is a chain of establishments that I’ve been patronizing quite frequently over the past decade or so, and have had overwhelmingly phenomenal experiences. They offer a variety of different membership options, and for nearly 7 out of the past 10 years, I’ve subscribed to their most premium option. My credit card is charged on a monthly basis and has been ever since I decided that I wanted to commit to this product and this brand, and to continue the enjoyment that I experience when I patronize any of this business’s several locations throughout the country. During times of my own financial struggles I have maintained this membership while I slashed other items from my budget, and when the economy declined and the company took a financial hit, I ensured to visit frequently and continued to pledge my support.

I guess you could say this business has harnessed my satisfaction many years ago and converted it to loyalty. That’s why the situation that happened last week was both frustrating and confusing. The experience began upon my arrival, where my membership entitles me to a specific benefit that I would otherwise have to pay for. One of the main reasons why I subscribe to the premium membership is because of this particular amenity. When I attempted to redeem this benefit, I supplied my membership credentials, and was promptly informed that my membership was inactive.

Okay, no big deal. I recently switched to some different credit cards and as a result they probably had attempted to charge a canceled card. I’ll take the heat for that. The staff member provided me with the options of a) paying the fee, or b) I could speak with a representative from the membership department to reactivate the membership by switching my account to my most updated credit card. I was warned that the latter option would take a considerable amount of time, which on this particular day I did not have. I opted to pay, and asked if the purchase could be refunded upon straightening out my account. I was given no guarantee, but was informed of the request process and given a glimmer of hope.

Later that day I visited the company’s website, and I was able to log in to my account which posted a nice green check mark, indicating that my account was active. I dialed their membership care line, where I patiently waited for 42 minutes, and was greeted by a very nice lady who offered her assistance. I explained what occurred earlier, and advised that I wanted to check on the status of my account. I provided my name and my membership number, and the agent confirmed that they had been attempted to withdraw payment from a credit card that no longer existed. Easy fix, I provided her with the updated information and she assured me that my account was once again active.

Then I casually asked, what can we do about my payment today that otherwise would not have occurred? I was promptly given a reply that stated, “We do not refund this particular amenity.” It seemed as if it was more of a reflex action rather than processing the situation and making the best decision, even if it errs on the side of the guest. I further inquired as to why, to which she reiterated the policy, nothing more, nothing less.

I don’t usually like to escalate situations. I will give the benefit of the doubt that the first person who assists me will also be the last. But if I’m given a knee-jerk reaction like this, I’ve begun to lose a little confidence. So I requested for her supervisor, which she gladly accommodated. I was required to explain my situation again, and was offered with the same response – “We don’t refund this. It’s our policy.”

Personally, I don’t care what your policy is. I don’t care what you do or you don’t do or why you do it or how it’s done. If you use “that’s our policy” in your toolbox or rules of order, you don’t instill confidence in your guests, and frankly, your entire front line staff is useless. Why have a department devoted to company care when I could have read the policy online? A policy is a nice rule of thumb that sustains boundaries, but doesn’t factor situational events.

Another thing I don’t usually do is play the “entitlement card,” or express that I deserve something because when it came down it, I really didn’t. But I did casually mention how long I’ve been subscribing to this premium membership, and suggested that the supervisor check my frequency of visits to indicate I’ve paid an exorbitant amount more than the amount in question. I even offered a solution of refunding my purchase in store credit, suggesting that I was planning on returning over the weekend and the money could stay in-house. That still didn’t appear to be a viable option for her, and upon realizing that she couldn’t assist me, she disconnected the call.

Cue the mishmash of frustration and confusion. Here I am, a loyal consumer, who placed a call with a request that had no actual complaint attached to it, and I was brushed off. I was frustrated for the way that I was treated without warrant. I was confused, because it made me question my loyalty to this business and where I had been exerting my time, energy, and dollars over the last decade. Had they refunded this very small purchase, they could have done it a way that made them look like the hero. If they would have said something to the effect of, “This is our policy, but because we see that you are a loyal consumer, we will absolutely take care of you.” it would have resonated well and made me glad that the situation actually occurred, just so that I could have that warm and fuzzy experience. And then, track the trend – if I started doing this every week, they would have justification to shut me down. But given this is the first occurrence after uninterrupted loyalty for 7 years, in my mind, this would have been a no brainer.

How are you treating your most loyal guests? Are you giving away the farm if you need to, or do you simply regurgitate policy?

That leads me to my final point, and the title of this post. Getting lifelong loyalty from me is very easy. I need the assurance that if I reach out with even the slightest concern, it will be taken care of. If I have one iota of doubt in my mind, I don’t trust your business.

Our guests are the same. Take care of the ones who have pledged their loyalty, and if they haven’t yet, put them through the loyalty snowball. Even if it comes down to giving something away for free every once in a while, the return on that investment is monumental.