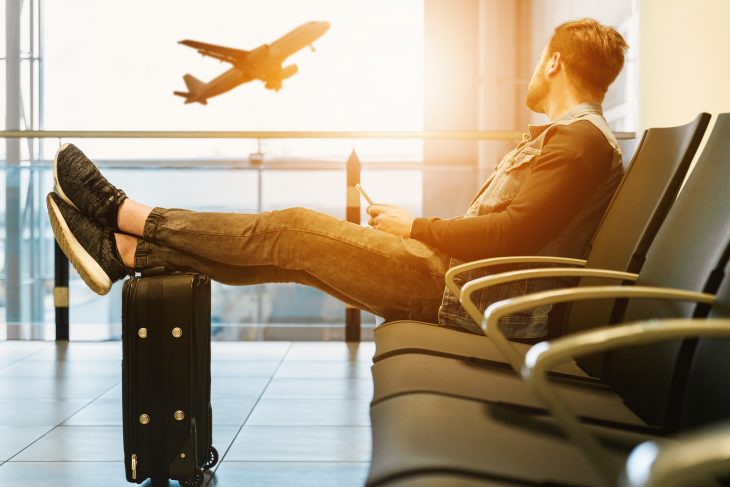 After a recent visit to a client to facilitate a Guest Experience Workshop, my trip home on January 21st was anything less than ordinary.  Approximately halfway through the trip from ATL to ORD (Atlanta to Chicago O’Hare), a flight attendant announced a request for anyone onboard with medical experience.  After a second announcement and what I could only see to be a small scramble near the front of the aircraft (I was seated in row 26), an announcement from the cockpit informed us that we would be making an emergency landing in Indianapolis, about 200 miles south of our final destination, at around 10:00 PM.

After we touched down, we were informed that one of the pilots was the individual who was affected, and due to the late hour that we landed, this ultimately resulted in an overnight stay in Indianapolis.  Despite the lack of sleep and losing the productivity of the following day, I couldn’t help but be amazed at Delta’s preparedness for this situation.  I noticed 12 things in particular that showed that they were ready for an unexpected emergency.

1.  They remained calm.  Despite a crisis occurring in the sky, there was no visible sense of panic from any of the crew members interacting with passengers.  This sense of calmness kept passengers calm, and as a result, the atmosphere in the main cabin was no different than any other flight, other than occasional murmurs and speculation from those seated around me.

2.  They timed the information carefully.  The reason for landing early was due to a medical emergency that involved either the pilot or the co-pilot.  However, this was not announced until after he was removed from the plane, once we were safely on the ground.  After announcing the early landing, they indicated that it was a crew member, leaving passengers to believe it was a flight attendant, but the careful timing of information kept passengers composed.

3.  They reacted with urgency.  The total flight was cut short by approximately a half hour.  However, given the nature of the circumstance, it clearly was not worth the risk to proceed to Chicago, if the pilot urgently needed to be taken to medical attention.  Switching to an emergency landing demonstrated that they were not interested in risking the remainder of the flight.

4.  They respected privacy.  As previously mentioned, I don’t know if the pilot or the co-pilot was the one affected.  I do not know his name, nor what the issue was.  I know that there must have been an incident severe enough to divert the flight away from its destination, but beyond that, I do not have any further detail.  Several passengers asked crew members as well, and any announcements they made in this regard included the fact that he was transported to a medical facility and that his family is aware.  Ultimately, it was none of our business what the specific emergency was, and they did a great job keeping it that way.

5.  They communicated frequently.  In the air, on the tarmac, and in the gate area, the flight attendants, captain, and then gate agents regularly made announcements.  Any time there was an update, we were informed.  We were not left in the dark wondering if we would be continuing on to Chicago or if we would be spending the night in Indianapolis.  Whenever there was new information, we were informed immediately.

6.  They didn’t bend the rules.  While waiting at the gate, they announced that they located a new pilot, along with a new flight crew, and they were optimistic that they would get us on our way as quickly and safely as possible.  After they announced that they would begin boarding shortly and once the flight crew cleaned the plane, the new pilot announced at the gate that he was just informed that if he were to make the short trip, he would exceed his legal flying limit for that day.  He indicated that despite the fact that he and the rest of the flight crew felt capable and energized to fly, he was unable to enter the cockpit by law.

7.  They showed empathy toward our frustration.  Knowing that this was not what we wanted to hear, they didn’t sugarcoat it when at 12:30 AM, they told us that our flight would continue 9 hours later.  Most importantly, though, they gave us assurance that our comfort was in their best interests and that they fully acknowledged that this was not how we planned to spend our evening.  Knowing that they cared gave consolation to an otherwise frustrating situation, and the passengers in the gate area noticed.

8.  They gave us options.  In addition to acknowledging our frustration and being empathetic, they also ensured to communicate with us what our options were.  First, the two gate agents immediately took action and started making phone calls to determine which of their partner hotels had rooms, and how many guests they could accommodate.  They initially indicated that passengers may need to group together in order to be granted a hotel room, but they further advised that cots would be available in the gate area, baggage claim area (where they thankfully unloaded the luggage), and even advised of the one rental car agency that was still open.  I still saw a couple people call Uber and make the long haul to Chicago, and others sat in the less-than-desirable chairs in the gate area, but they made sure that we knew our options.

9.  They had the resources to compensate.  I considered myself fortunate that I managed to have my name added to the hotel list, which they said was very limited, and was able to be granted a room without having to share it with a stranger.  The way that this was fulfilled at the gate was through a voucher, which looked almost identical to a printed boarding pass.  Not only did they have the partner hotels in the area to be able to accommodate this, but it was built into their infrastructure so they wouldn’t to have to book the rooms individually, accompany the passengers to the hotels, or call everyone in individually.  I was provided with the voucher for the room, along with a voucher for breakfast at the hotel, given that my flight would leave after breakfast.  Even though this is not something that they do frequently, they still anticipated that this may happen at some point, and they had the ability to do it.

10.  They did not become visibly frustrated.  I left the gate area at 2:30 AM to head to my hotel, more than 4 hours after my plane should have landed in Chicago.  This means that the gate agents were working far past the end of their scheduled shift, which didn’t include our flight in the first place.  Even though we were the paying passengers, the employees that took care of us in Indianapolis stayed on their game.  It would have been easy to break down or become agitated with the dynamic nature of the event, and the mass amount of inquisitive passengers who all had relatively similar questions.  Instead, they kept their cool, and worked efficiently to make sure that every passenger that needed assistance got it.

11.  They communicated internally.  After 4 hours of sleep (that I was grateful for), I returned to the airport in the morning.  I found that TSA had been made aware that passengers from this flight would not have a scannable boarding pass, and ticket counter agents happily provided gate passes to get through security.  The new gate agents in the morning, along with the new flight crew, were all thoroughly informed of what the passengers had been through, and they too were empathic of the situation.  Additionally, they communicated to us what they also knew about the pilot, which again was minimal information beyond what we had been informed the night before, out of respect for his privacy.

12.  They did more than they needed to.  We safely landed at Chicago O’Hare around 11:00 AM on Tuesday, January 28th.  I immediately checked my email when we touched down, and waiting for me was an email from Delta’s customer care team.  The email acknowledged the inconvenience, had an empathetic tone, and offered 10,000 SkyMiles as a gesture of good will.  I was certainly satisfied with the hotel and breakfast being comped, along with the diligence of the staff to get us to Chicago as quickly and safely as possible, but this was the icing on the cake.

Thank you, Delta Airlines, for making the best of an unexpected situation.  And most importantly, I hope the pilot from flight 1814 on January 21st, 2019 is making a full recovery.